In White Pass, Washington on logging roads with Norwegian miners and loggers, Dave McCoy, the founder of Mammoth Mountain Ski Area, started skiing. That was almost 80 years ago. Using leather boots with toe straps, seven-foot long skis with no edges and canvas pants and jackets that “didn’t amount to much” in bitter weather, Dave McCoy began his journey.

He lived a nomadic lifestyle with his family along the West Coast, stopping wherever there was work and he ended up in Independence in 1935, working as a soda jerk, dishwasher, waiter, garbage man, and do-everything-man at a popular local hangout called Jim’s Restaurant. With a passion for skiing, he began trekking through the Eastern Sierra in Inyo and Mono Counties, exploring and inhaling the vast environment, that carried him along then and now.

Because of his skiing ability and willingness to do jobs nobody else wanted to do, Dave McCoy was hired by The Los Angeles Department of Water and Power to work on maintaining aqueducts, water metering and measuring devices, and snow surveying. He made about $4 a day traveling the entire Owen’s Valley, performing jobs for the LADWP, but he was happiest on jobs that took him beyond town and into the paradise of the rugged Sierra.

Prior to leaving LADWP, Dave began building rope tows to help local ski clubs access the mountainous terrain. During his tenure with the LADWP, Dave spent a great deal of time near Mammoth and noticed that the northern part of the valley could be great for skiing.
Building Mammoth

After 18 great years of work at LADWP, Dave left his post and began a new kind of life sharing the fun of skiing with the recreation world. But, Dave had to be busy, using his mind and his body. He installed portable rope tows on skiable terrain, starting in Independence, and working his way north to McGee Mountain and eventually, Mammoth Mountain. He continued what he considered enjoyment in Mammoth, building lifts in what he calls his “great big sandbox with good-sized toys.”

Fifty years later, after having built 38 chairlifts and more than 4,000 acres of skiable terrain between Mammoth and June Mountain, Dave left his toys and the resort industry. It was someone else’s turn to play.

We here at Loving Home believes that a loving home, is a growing home. And if there is one thing we are sure of, it is that everybody loves a spacious, comfortable home. We offer renovation tips and guides for our readers to help you decide on how you renovate your own houses. There isn’t a perfect time to renovate, it is something that you do when you feel like having some changes. And a little change can’t hurt anybody. In fact, someone might need this change in scenery for a new perspective. 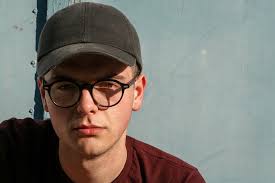 Videos of the Week 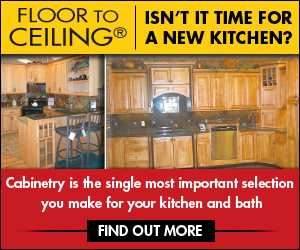